Another New Year - Another Big Ol' Bag of Opportunities! 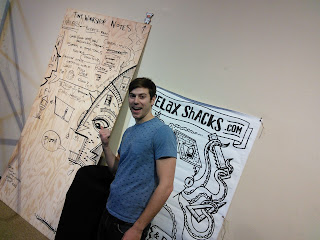 Each year seems to top the past when it comes to experiences and opportunities related to living tiny.

There has been SO MUCH brewing below the surface over here! Cool videos, book features, conference invitations, and more! Despite all this awesome news, we have been relatively quiet on the blog front, mainly for lack of time due to the new business- which seems to be doing pretty well! 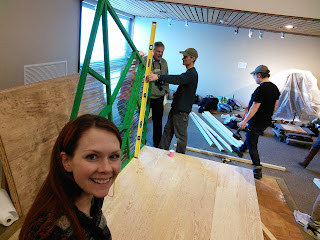 Earlier this month, Dan and I had some fun at the Fuller Craft Museum, as we helped and presented at another of Deek's tiny house hands on workshops. It was pretty neat to build in the nice open space provided at the museum, and then step out for an art exhibit break at any point. There were so many cool things on display, and one of the structures created at the workshop will be on display outside the museum for everyone to explore! 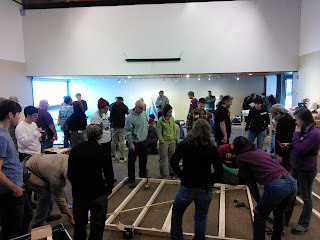 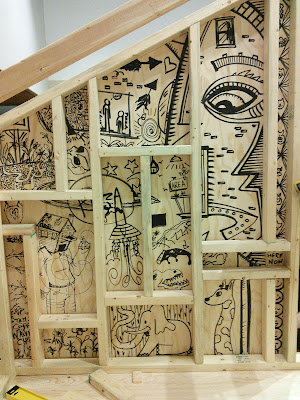 Once again, we met some really great people and became better acquainted with friends made before. We got to see Dom of Jamaica Cottage shop once again. We met him at Deek's Tiny House Summer Camp 3 - and they were filming for a little documentary on his work and his business. He owns Jamaica Cottage shop out of Jamaica, VT. He builds great little structures, on wheels or on the ground, and creates a design based on your needs. As a thank you for being a part of the video, we get to snag a weekend getaway in one of their cabins! Walking distance from the slopes and the hiking trails. Sounds like heaven.


To check out the video- which we were featured in- follow this link! Full disclosure, it had been a long day, and the drinks were flowing! Haha 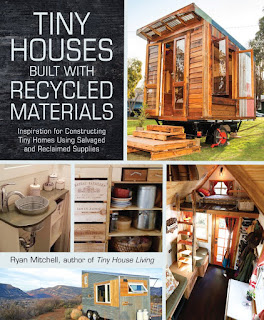 In other news, we are very excited to say that we are also featured in an upcoming book that takes a look at tiny houses made with re-claimed materials! The book will be released on May 1, but is available for pre-order on Amazon.  We hope to get our complementary copy in the mail soon. Yippee!! And another amazing opportunity that blossomed from this was an invitation to be a panel speaker at this year's Tiny House Conference in Ashville, NC! We are SO EXCITED TO GO! 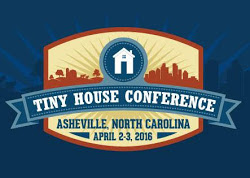 Thanks to all the travel points and miles from my old job, we were able to get flights and hotels for quite a steal. Plus, how often does an opportunity like this come along! We had always wanted to go, and now, with a chance to speak about reclaimed materials?! Heck yes!
On another note, our good friend, Vera, which we met through Deek's workshops, runs a really cool website called Silver Bullet Tiny House. She has been a major advocate and presence, especially in the New England area and knows a lot of the bigger personalities in the tiny house realm. At the beginning of the year, she touched base with us about sending in a recommendation that we be speakers at this year's Tiny House Jamboree! AHH! Now, this is still just in the consideration phase. We won't know if we have been selected for another month or two, I imagine. See what I mean by this year's opportunities being nuts?! And there's more...

Finally, I was also asked to write a contributing piece to an upcoming tiny house book- aiming to be one of the most comprehensive books to date on the subject. The book will address all angles from philosophical (that's my angle), to social, to common considerations in construction.  I was beyond honored to be selected, and saw this as a very serious undertaking. I read back through every blog entry and article interview we ever did. I took incessant notes. I wrote and re-wrote from so many angles before finally closing in on what was most important in our story. When I finally finished the piece, I was ready to go buy myself a bottle of bubbly - so what if it was 2pm on a Wednesday? It felt so good, after 3 months of work, to hit save for the final time!

My words will be PUBLISHED IN A BOOK THAT THOUSANDS WILL READ!!! I was excited just to write a few articles for Tiny House Magazine - but this is the BEES KNEES! 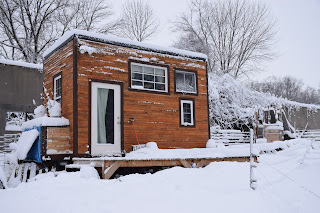 It took a while to wrestle the words out, but I finally did, and I am quite proud of what I have written. Dan absolutely loved it, smiling throughout, and then genuinely melting as he finished the last few paragraphs. It's a deeply personal look into our adventure, but the lessons we learned can provide valuable insight to all. I hope our story resonates with readers and gives them a little food for thought. 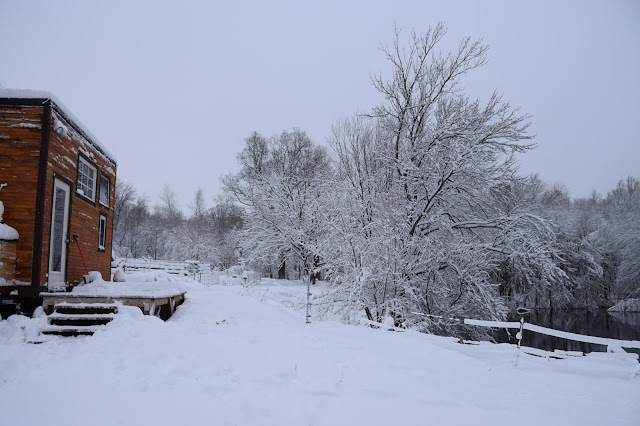 As for the actual tiny house- all is well! We have seen quite a swing in weather over the last couple weeks. One day we are buried in snow, the next, we are back to bare ground and howling winds and rain! Take a look at what happened to our outdoor shower during the most recent storm!! Good to know it's flexible, because that isn't exactly a private space right there. lol  It went back into shape just fine, so we won't need to build it again. Thank goodness. 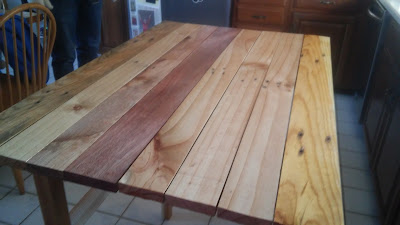 We did another small re-claimed wood project in January as well. We made my Dad a table for his birthday. Of course, it was made primarily with pallets, and it came out pretty well! 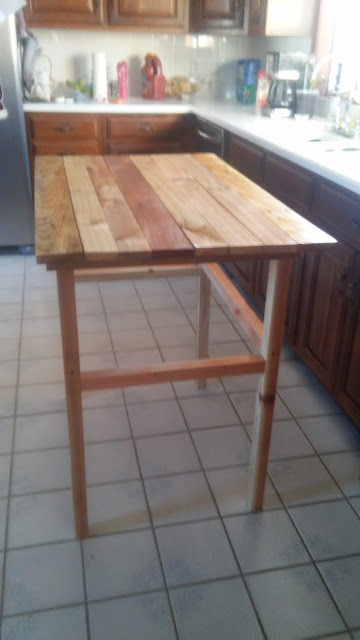